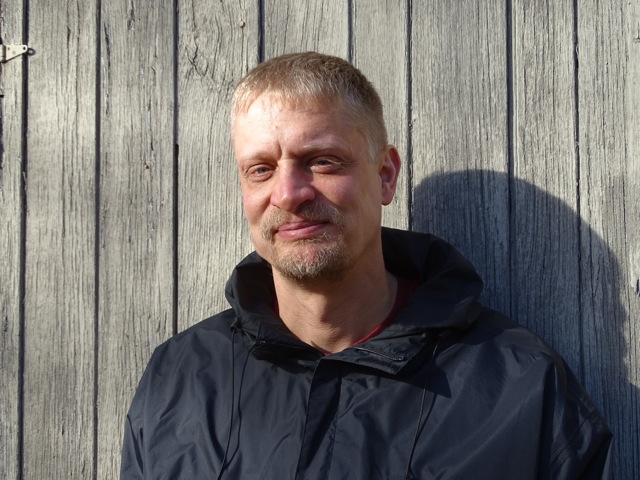 Jonathan Andersen’s most recent collection of poems, Augur (Red Dragonfly Press, 2018), was the recipient of the 2017 David Martinson-Meadowhawk Prize. Other books include an English/Serbo-Croatian chapbook, The Burden Note (Meridian Prize, 2014); Stomp and Sing (Curbstone Press/Northwestern University Press, 2005); and, as editor, Seeds of Fire: Contemporary Poetry from the Other U.S.A. (Smokestack Books, 2008). His poems have appeared in print and online publications, including The Café Review, Chiron Review, Connecticut Review, North American Review, The Progressive, Rattle, and The Worcester Review, among others. He has given readings and delivered workshops to a wide variety of audiences at events throughout the eastern United States, the United Kingdom, and Serbia, including the Ledbury Poetry Festival and the 49th International Festival of Literature in Belgrade. For twelve years he was a high school English and special education teacher, and since 2008 he has been a professor of English at Quinebaug Valley Community College in Danielson and Willimantic, Connecticut. He and his wife, fellow writer and educator Denise Abercrombie, live in Storrs, Connecticut, and have two sons, Kit and Miles. For more information, visit www.jonathanandersenpoet.com 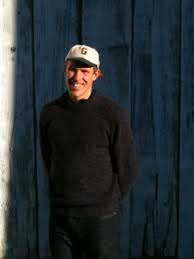 Ross Thurber is a farmer and poet living and working on his family farm in Brattleboro Vermont. His first book length collection, Pioneer Species,  was published by Green Writers Press in April 2018. His work has also appeared in Vermont Life, Bloodroot Literary, anthologized and in Birch Song: Vermont Voices published by Blue Line Press 2018. He received an Emily Mason fellowship for a residency at the Vermont Studio Center in 2012.

The augurs of ancient Rome were charged with studying natural phenomena, like the flight habits of birds, in order to look for propitious or unfavorable omens. The poems in AUGUR are attempts, in prescribed and open forms, to "decode" the signs of a world in the midst of tremendous and often bewildering upheaval. Written from the interlocking perspectives of father, husband, son, brother, educator, and citizen, the poetry in AUGUR seeks to engage life with clarity. Many of the poems are charged with the energies of the natural world, including the patterns of bird flight the augurs once looked to, not as an escape, but as a source of information and insight. Ultimately, we must inscribe the signs with meaning and reject the small priesthoods and corrupt officials who claim all vision (and power).

This collection of poems from Vermont farmer Ross Thurber is divided into four sections: "Green Popplewood," "Sunburnt Juniper," "Stag Horn Sumac," and "Snow Melt, Black Brook." Each section represents a seasonal form of succession that is both literal and abstract. Ultimately the poems in this manuscript have been winnowed to represent a narrative that echoes the idea that, like a lyric poem, stability is only a moment in time--one to be cherished.

END_OF_DOCUMENT_TOKEN_TO_BE_REPLACED

Knitting Together: Every Wednesday 1-3pm

This feature require that you enable JavaScript in your browser.
END_OF_DOCUMENT_TOKEN_TO_BE_REPLACED

This feature require that you enable JavaScript in your browser.
END_OF_DOCUMENT_TOKEN_TO_BE_REPLACED

This feature require that you enable JavaScript in your browser.
END_OF_DOCUMENT_TOKEN_TO_BE_REPLACED

This feature require that you enable JavaScript in your browser.
END_OF_DOCUMENT_TOKEN_TO_BE_REPLACED